Augmented Reality (AR) saw its record growth in 2018 and this trend is set to continue. Revenue in 2019 is forecast to hit $75 billion. AR and Virtual Reality (VR) are set to change the way we live! The advancements in AR and VR software have opened up many applications that only a few years ago would have seemed like Science Fiction. We have seen a huge change in the way that AR and VR (Edge Technologies) are being considered and this has created opportunities for skilled 3D Printing Bureaus, like Graphite AM. 3D Printed Engineering and Architectural Models and Learning aids can be brought to life through the use of edge technologies taking the models to a whole new level.

What is the difference between AR and VR? – AR and VR look similar but they are actually very different. AR uses existing environment and VR uses a virtual environment as the base. Mixed Reality (MR) is described as a hybrid of AR and VR. It involves interaction between both the elements from the real world as well as the objects from the virtual world. The more you investigate how similar AR and VR are, the more you realise how different these two mediums are.

With markets such as Retail, Medical, Engineering, Defence, Automotive and Aerospace being early adopters of the technology, Graphite AM have teamed up with digital partners to bring 3D printed models to life. Whether it’s a show stopper at trade show or an on-line interactive learning aid, Graphite AM have continued to lead this field. From large turbines, engines, interactive visitor attractions to fire breathing dragons for a tourist attraction, AR and VR are here to stay and have created tremendous opportunities for 3D Printing.

3D Printing Technologies such as SLA, SLS and MJF all have roles to play and we are excited to see where this cutting edge technology goes. 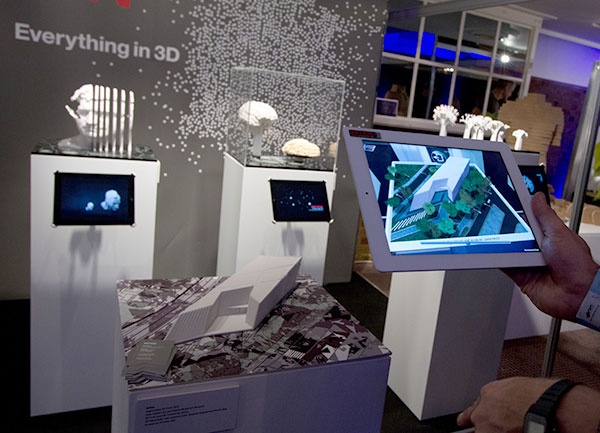 This website uses cookies to improve your experience while you navigate through the website. Out of these cookies, the cookies that are categorized as necessary are stored on your browser as they are essential for the working of basic functionalities of the website. We also use third-party cookies that help us analyze and understand how you use this website. These cookies will be stored in your browser only with your consent. You also have the option to opt-out of these cookies. But opting out of some of these cookies may have an effect on your browsing experience.
Necessary Always Enabled
Necessary cookies are absolutely essential for the website to function properly. This category only includes cookies that ensures basic functionalities and security features of the website. These cookies do not store any personal information.
Non-necessary
Any cookies that may not be particularly necessary for the website to function and is used specifically to collect user personal data via analytics, ads, other embedded contents are termed as non-necessary cookies. It is mandatory to procure user consent prior to running these cookies on your website.
SAVE & ACCEPT

Discuss your project with one of our experienced engineers.